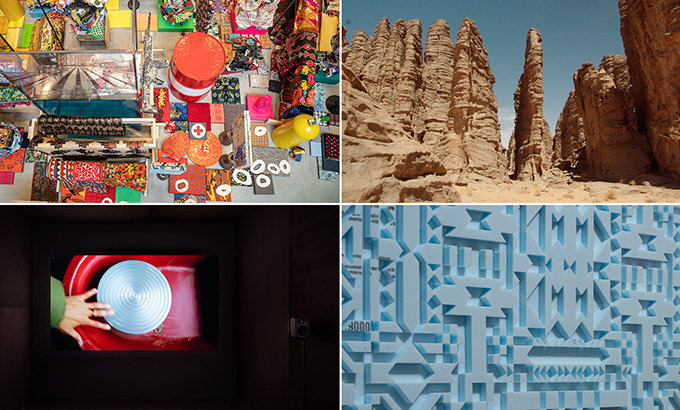 Wolf Tones is an artistic collaborative group of US based artists. Their name is a play on the wolf tone, which is a vibration produced by the violin family of instruments. They have been creating densely constructed installations over the past four years. This exhibition is a multi-media display, with film, text, and a large scale banner all in the same space.

The exhibition is a combination of various media, from photography and video to silkscreen prints and a full-sized banner. A key component of the exhibition is the Mobile Library Unit, an engaging piece of work that engages the poetics of attentive looking. The exhibition is accompanied by a number of smaller pieces. It is the first such display of its kind in Canada.

Other noteworthy entries in the Wolf Tones exhibition include a series of silkscreen prints and a banner, both of which are the size of a jumbo jet. Also on view is a short film, a sequence of compositions and a series of watercolour paintings. In addition to their art, the group also performs three concerts at Dublin Citywest Hotel, which pays homage to Irish-born Argentine naval hero William Brown. One interesting thing about the concert is that it was filmed for a documentary.

Oakville Galleries is a contemporary art museum exhibiting emerging and mid-career artists. They are located on the ancient Huron-Wendat territory in Oakville, Ontario and operate with support from the Corporation of the Town of Oakville and the Canada Council for the Arts. Its mission is to provide a cultural forum for the community, presenting emerging and mid-career artists. In keeping with their stated mission, Oakville Galleries also offers public programs.

A Many-Sided House is an elegantly conceived exhibition by Wolfe Tones, which addresses the best of both worlds: name, meaning, and connection. Through the use of art, film, and video, Wolfe Tones creates a multimedia display that uses the visual language of protest movements to address the complexities of handmade and nameless. Featuring five artists, A Many-Sided House is an impressive feat of art. You can visit the exhibit from Jan. 28 through May 13, 2010. The best part is you don’t have to leave your hometown to experience it! ARTbus will be touring the area, and will be making stops at some of the exhibitions.

We provide not only the fresh and innovative cuisine that we are known for, but also the warm and welcoming atmosphere of our restaurant.